One could, if he wished, remark on the range of materials that Whitney chooses to handle - from the personal to the tribal to the mythic; from the lovely to the unlovely; from the torn and broken to that made whole.

I would rather point to the constant in his work across all his years of writing -- the line, the voice, the ear. What is it that makes these poems? The break of the line, the way the voice pauses before going on, the way the form of the poem is the poem while the content is like coffee in the cup -- strong, black, what we take with us while the cup remains. What Whitney does in his Sd poems (1973, 1988, 1990, 1995) he does in all his poems, the tall, skinny tumble of words down the page -- tumble is not the right word, for the arrangement is at once casual and perfect. Robert Creeley's skinny lines come to mind, yet Creeley is not so exact. Robert Lax comes to mind, and Larry Eigner. William Carlos Williams.

We trust Whitney's ear. We trust his eye. His line. If you wish, you can read some of my earlier remarks on Whitney here and here. Suffice it to say: Sweeping the Broom Shorter should be on every poet's bookshelf, and on the bookshelf of anyone else who says he or she loves poetry. 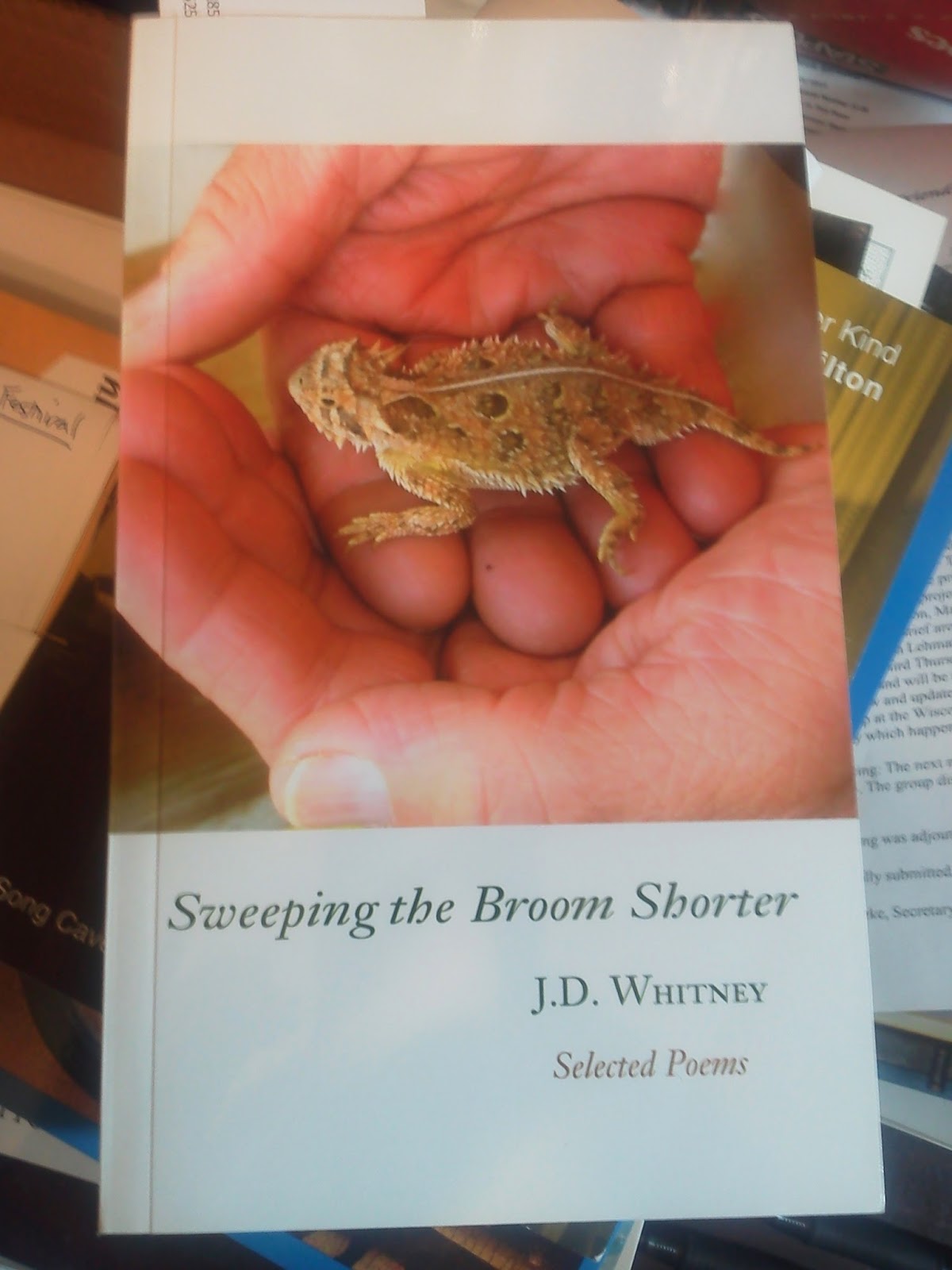 Doc Abbick in Trinity
MY SPACE